There I was, five seconds later, sweat pouring from every pore in my body like I had just separated Holyfield from Tyson’s teeth. I looked down at her, smiling with her eyes closed, chest heaving as she gasped for breath, her heart pounding wildly against  my chest. I smoothened her hair back, and gazed into her eyes. Then I opened my mouth, and…said the wrong name.

<now playing> All the right moves – One Republic

This piece is probably going to annoy a couple of people, especially the ‘main chicks’, and I apologise for that. But, I enjoy annoying, it is what I do..

First off, I want to apologise to those of us who waited for the next episode of Tangles last Monday, I am uber-sorry that didn’t come out. I travelled to a place on the outskirts of nowhere and with the worst network known to half of mankind, including Somalia. Tangles would be back on Monday, same time, no delays, and a gift for the first person to subscribe.

Anyways, today we wanna talk about the side chick. Everybody’s been talking about it, but what exactly does it mean? Oh, @naijamd wants to help out, yes?

“A side cheek is when someone slaps you on one side, then you turn the side cheek for the person to…”

Side chicks basically, rank more than the Friend with Benefits but less than girlfriend. The place of the side chick lies heavily in that grey area between FWb and Girlfriend, but unlike the FWB which is consensual, the Side chick hardly ever knows what she is, until just before she is dumped. So in a bid to do my civic duty, I have decided to help all side chicks I know to come to the realization of the knowledge that they are side chicks! You see, I have a dream, that one day, all side chicks would come to full knowledge of their place within the great scheme of relationships. Because, we are all born with certain and undeniable rights, and among them is the right to know if we have been put into the side-chick zone. And we would exercise our rights!! Somebody say, Yes we can! Lemme hear you…*crickets*

I have done this before…

I have rambled for long enough, time to be serious about the post. After all, it’s all about the  sidechicks today…

*opens bale* Nna, inside dis bale I get many ogbonge (ogbonge<——do people still say this?) pointers for you in case you are worried maka ya boyfriend may be cheating on you with another honey.

First off, When you don’t know his house

Whenever you guys hang out, he either comes over or you meet at a club, bar, eatery or supermarket. In your mind, he’s a nice guy always ready to come over whenever you want him, OYO! While you’re kidding yourself that your relationship is mainly online and you don’t need to know his house, your sense is dancing etighi inside the SC zone. Truth is, the risk of having to explain a strange hairnet under his pillow is too great, and it is good to avoid stories that caress the soul.

As an aside, the number 1 rule for keeping a side chick, especially a Bini one is; ‘Never let her know where you live’ never! Never ever, ever! If you had to choose between lettiing her know your house and dying, die! Die! Do not let her know your grave either. Ehen..*blows groundnut*

If he invited everybody he knows for his grandfather’s 80th birthday and he didn’t invite you, without doubt, the SC zone is staring you in the face. Side chicks never get invited for celebrations. He does not want you to meet with the main chick and start raising questions, uhn uhn..If you even see him on his birthday or on Valentines day, give beta offering! Quite alright, he’ll spend the day before or the day after with you, and on Vals day you’ll get a gift, but that Birthday or Valentine loving, he’ll be getting that from the source! (˘̯˘ )

And then, there’s Family

When his family has never heard of you, chances are, you’re a side chick. So, maybe you’ve met a couple of his friends and his mother’s cousin’s nephew, they probably know you’re the side chick, and chances are, each one is waiting for when you would get dumped so they can help in ‘consoling’.

I have helped in consoling before. (¬_¬)

In the event you have never met a single friend…0_O

Somebody would say, why is it that guys, with everything going for them, still risk their relationships with side chicks? The answer is simple; for the risk! When in a relationship, any guy would get bored after a while, and he needs to prove to himself that he can still get any chick he wants, if he feels like. And well, more commonly, there’s the issue of sex; maybe his main chick is not doing it right or…she doesnt give head.(P.S: have I mentioned that, a man would do anything for a good head?)

But I think the most important reason is because, no guy wants to feel like he’s missing out! Which brings me to a very important issue: How to upgrade from SC to MC. What? You think it’s weird? nah.. (Did you see what I did there? You didn’t get it?? It wasn’t that good? Oh..Okay *sigh*)

I am probably going to get ‘dis-boyfriended’ over this.

It is simple. As a side chick, or SC, you already have an upper hand. You are those things his girlfriend is not, and probably would never be. The plan is this: Tweak up your loving rate just a notch, then evoke some kind of beef, just enough for him to rrealise just how indispensable you are, and baam! His relationship is over, and you are crowned the new MC. It’s a Weird scheme (I couldn’t resist na!) but it works.

You can hate me now. 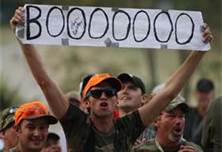 After all, rather than be the MC, it’s better to be tha MSC (Main Side Chick) Neat-o huh? You saw that shey? shey? No..?

P.S: Just wanna say, I’ll miss my bro @naijamd who is travelling to a little known, extremely cold, slightly deserted part of Europe for I don’t know how long. Godspeed and may your balls (he plays tennis) not freeze off. #Nohomo. Also, a big shoutout to my sweetheart @Obee_007 who is celebrating her birthday today. GOD’s blessings and all the jazz! Add these people on twitter, show them some love. They need it, especially @naijamd.*sic*

44 thoughts on “The Side Chick”

What do you think? Leave a reply Cancel reply