Apologies!
I apologise for taking time with this particular episode of Tangles! You see, for the past two weeks, my life has been in a web of emotional tangles. Rather than leave me with additional inspiration or fodder for Tangles!, it instead left me a minor wreck and more than completely blocked. But repeat after me, “there is nothing..there is nothing that ogbolo soup cannot fix!” I am back now, and we’ll resume where we left off.
Uhm..yes, if today is your first time fellowshipping with us on a Monday like this, you would do well to indicate with a wave of hand or comment and someone would be with you shortly. Or just search the blog for ‘Tangles!: the Premiere’ so as to begin. Bless you.

First, a sort of Pro-view..

The car zoomed down the dusty street, going at top speed. Behind the wheel, the driver hunches over, his face in a deep frown as he reminisces over messages he just received. The tires squeal as they spin and grind the dust, and in the near distance less than a kilometre away, a pothole looms.
The shards of glass catch the light from the bedside lamp giving the girl the illusion of a bathroom floor made out of diamonds. She is too distraught to pay any attention. Her tears blind her eyes and she pricks a finger on a piece of glass as she struggles to pick them up. Her body heaves in retching spasms. Pregnancy lurks..
In the camp, he walks to the mammy market. His bag slung across his shoulder, every step deliberate and in tune with the vocals from Jace Everett – Bad things, which stream from his earphones. Sitting at his usual table is a pretty girl. He smiles.
She is in for another lazy day at home. Her fingers rest on the remote and she idly flicks through the channels. A scene from the movie ‘The Avengers’ flashes on screen and she smiles, her mind being transported to a certain day when she met a certain man. A man far away in camp.

“Hello, my name is *insert name* and I play the role of Tony in Janusaneni’s Tangles!. My character is a young Engineer, Youth Corper and supposedly the lead character in this story. Tony’s tangle is between his ex-girlfriend Rebecca who is now pregnant for someone else and his present girlfriend Sharon who it seems is now after that same someone else. There is also a hint of a budding romance between him and a certain pretty girl. Keep reading Tangles! and may you lovelives rem..*backstage voice* “CUT!!!”

Tangles! – a tale of twisted emotions

There is something about how Fate works. One moment, your thoughts are intent on a particular course of action, and in the next, due to a series of consequences, your entire outlook on life changes completely.
When Sharon left the house that morning, her thoughts were singularly on Paul. He would be allowed to have visitors that day. Soon he’ll be discharged too. So she was happy and in high spirits. But you see, as she stepped into the cab that morning, the Fates played their first note and the entire scenario for this story, evolved.

It was the Closing ceremony parade for the inmates.
Usually, according to Camp traditions, on the day of passing out of the Camp, one is woken early in the morning, commanded to pack up and clean the hostels, then herded out to the field in full regalia for the parade. But Camp graduation days don’t always fall on Independence day. On this particular day, they had been herded out in the wee hours, while the wind still howled and bats began to yawn, to listen to a long lecture and admonishment by the Camp Commandant. Obey your country; love her; follow her; preserve unity; you’re tomorrow’s leaders etc all had been drummed in. Then, they were released, to pack up and to get out.
All these thoughts went through Tony’s mind as he stuffed his shoe into the duffel bag and zipped it shut.
Clamping his cap on his head, he strode out the hostel his jungle boots crunching up the gravel as he marched. In his ear, his earphone drummed out Green Day’s 21 Guns and his feet kept time.
“You don dey move already?” yelled Alaska, the querulous voice cutting through the pitched notes of Green Day’s lead vocalist. “Yes oh!” replied Tony. “You nko?”
“Abeg,” waved off the half naked man, still in his boxers. “Make dem go fuck!”
Tony grinned and kept walking. By this time tomorrow, he’ll be lying down in his bed in his uncle’s house in Ikeja. He had made up his mind yesterday and confirmed it later in the morning. He wasn’t going to the pretty girl’s house. There was no sense to it. But the reason went much deeper than that. He wanted to see Rebecca.

You see yourse’f! Rebecca cursed as she dropped her keys. The keys jangled down the stairs leading her on a half-bent over chase. Finally she caught up with the errant bunch on the landing. Shaking it in an unnecessary attempt to remove the dust, she looked up at an old poster on the wall. It advertised the Spirit of David concert. A wave of nostalgia suddenly tore through her. She had attended this particular concert, with Tony. They had had so much fun that day. Towards the end, Tony had run to the stage and grabbing a mic, ordered the DJ to play any tune, and before any bouncer could reach him, he had performed a couple of cartwheels and crazy air-flares then raced away. It was one of the few times Tony ever did something crazy, and he had done it to make her feel better. She had loved him so much that day.
She was going to see him today. Rebecca stared at a mirror at the ground floor of her hostel. She looked good. Her curves were filling out very nicely, and pregnancy or no, her boobs were bigger and her hips were very Kim K and that was cool! What it would be like if Tony was the father of her child.

Abdul flagged down the taxi. It was today. Nothing would stop it. The satchel he carried bumped against the side of the taxi as he entered and his heart jumped. But nothing untoward happened. He was dressed in a pair of jeans and a polo shirt, the shirt was ironed and he looked quite neat asides the untidy full beard. A small prayer cap was perched on his head and Islamic prayer beads adorned his wrist.
“Those who fight would die. Those who quarrel would be vanquished. What is right would be, what is wrong would be exposed.” The words he heard yesterday. Also:
“Violence is not our way. It is a mode. It is a method to achieving a result. A blacksmith is not violent, but to create his works, he must hammer at the metal. A nurse helps to heal, but she must pierce the skin to achieve this. Life is brought to the world by violence. The cries of a mother as she births her babe, are not of pleasure but of pain, yet by that method is life and joy brought to the world.”
These words repeated themselves in his head, going again and again. He needed them. Sweat broke against his brow and he wiped them with the back of his hand. At that moment the taxi stopped and a lady got in beside him.
Abdul’s heart stopped for an instant and the words of the Prophet and the Imam who spoke for him where forgotten. She was the most beautiful lady he had ever seen. His heart sank as he thought, he might never see her again. Then she said “Silver Cross Hospital..” and all his resolve shook.

“So, you really wouldn’t be coming with me?”
Tony couldn’t say a word. The pretty girl looked so much prettier today. A slight wind was blowing and it played with her hair tousling it teasingly across her face. If she had any idea what effect it had on him, she showed no sign; though she refused to tie the hair and her cap remained firmly in her hand. In the centre of the field, the Parade commander screamed”PLAaaaaaaaaATOOOON!” “I’m sorry,” he said finally.
She just stared at him. “She must be very lucky. Rebecca that is.” Tony started suddenly. “Wha..?” He started.
“Do not bother denying it. I can see it in your eyes. It’s really Rebecca, not Sharon. She is the one isn’t she?”
She kept staring at him. Her eyes brimmed over. Pretty girls are not used to rejection.

The muslim man kept glancing at her and muttering Arabic phrases under his breath. Crazy dude this one, she thought. “Oya, make una brin’ moni,” called the driver.
She paid him. Then the muslim man paid too.
“Where you dey go?” asked the driver as he stared at the muslim man’s money. “Silver Cross hospital,” came the reply in a surprisingly soft and clear voice. Sharon stared at him this time.
He wore normal clothes, but his beard and prayer cap gave him a slightly dangerous look. All these people sef! Then she saw his satchel.
Oh Lord!

Alakahia
The writer sat crosslegged staring at the floor. Before him, some pebbles lay arranged in some form of pentagram. Laughing maniacally suddenly, he swept the stones away and picked up a pen.

To be continued quite soon..

Disclaimer
*Like she would say, “All typos are definitely intentional..” and probably intended as an insult to the English Language.
*Do not forget the twist in the tales. This episode continues from Chapter 6 rather than 7. *Ogbolo soup didn’t really do the trick, but it worked just fine.
*Appreciations to @harkinfash and @mii2prwiti for certain insights and info and to a certain ibo girl for the pebbles. 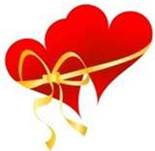